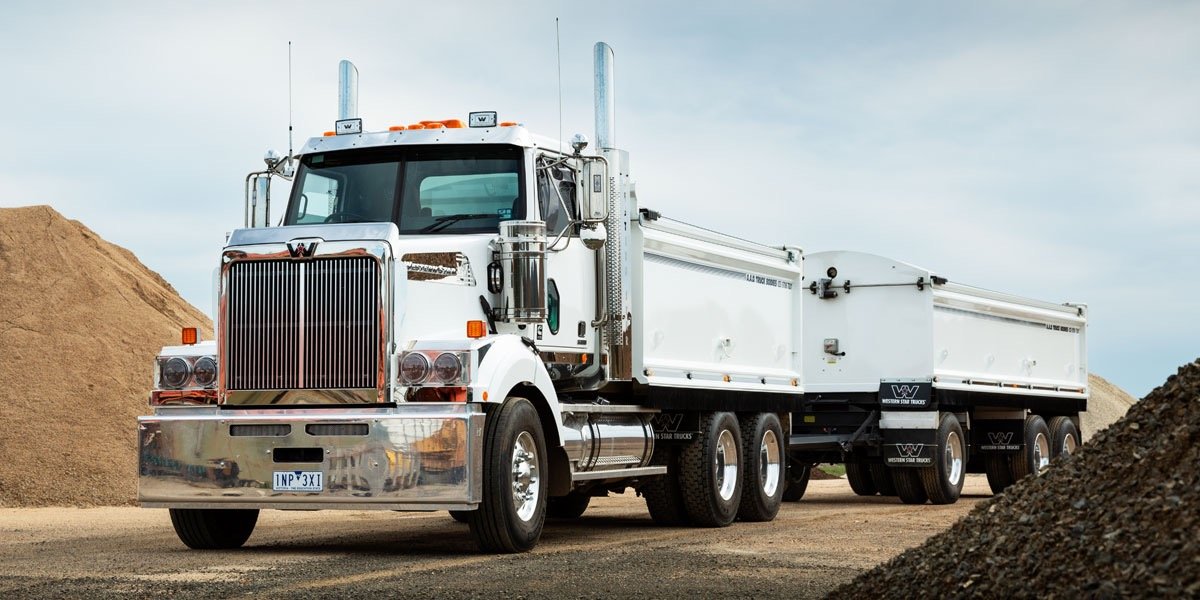 Lancefield-based Sankey Excavations was founded by Shane Sankey along with his wife Kylie, who acts as company director. Operating very much as a one-man-band, Shane manages the day-to-day work on his own along with raising five sons with wife Kylie.

Sankey Excavations mainly works for large residential builders doing site cuts along with the necessary excavation work. The company also undertakes private jobs involving larger scale excavations and commercial projects. Shane says he goes “wherever the work is”, which could be anywhere from Maryborough and Bendigo to Metropolitan Melbourne. However, the work is typically within an hour’s drive from his locality.

Shane started off his working career as a plumber. In 2009, Shane received his truck licence and subsequently bought his first 12 ton excavator and truck. The purchase of this excavator and truck combination provided Shane with the opportunity to work on a number of major road projects, and from there Shane moved full time into the excavation industry as Sankey Excavations. As the work progressed, so did the upgrade of trucks that resulted in Shane eventually purchasing a Western Star 4800 FS2.

Shane is a big fan of the Western Star 4800 FS2 which he bought in September from Westar. The manual truck comes with an AA Diesel body and three axle dog tipper trailer and is powered by a 550hp Cummins ISX Euro-5 engine; much more powerful than Shane’s previous truck. The Cummins ISXe5 incorporates a common rail fuel system, a waste-gate turbocharger and a single overhead camshaft. The XPI common rail fuel system provides very precise injection and combustion control which optimises fuel economy.

“The Western Star is a strong, versatile truck that has a great turning circle amongst other benefits. It’s also very comfortable on the road, powerful and easy to drive; overall it’s a great vehicle,” Shane praised. “It’s assisted me with the excavation work and I couldn’t ask for a better vehicle to do the job,” he continued.

Shane also offers compliments in regards to Westar’s service, in particular for Sales Consultant Jarrod Bennetts. ”I needed to upgrade from my previous truck,” Shane explained. “I went to Westar to give the truck a test drive and I loved it right from the start,” Shane continued. “Jarrod was very helpful, as were all the guys at Westar”. Shane also insists that the truck will go back to Westar when it needs to be serviced. “I like dealing with them. What’s more, they know the truck and what it requires so why would I use someone else?” Shane added.

The Western Star 4800 FS2 has allowed Shane to expand his business and bring new customers onboard. Sankey will no doubt continue to prosper and perhaps one day one of his five sons might join him in the business.