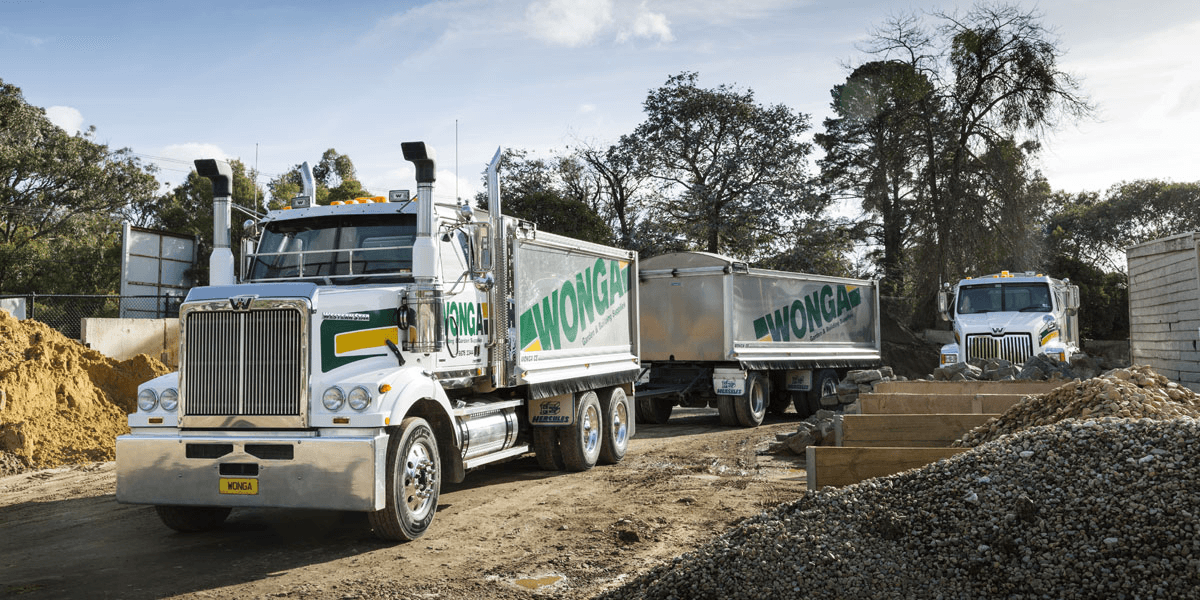 The business has grown steadily over the years and now has twelve full-time and six part-time staff. The company supplies garden and building materials for both commercial and residential customers throughout Metropolitan Melbourne and has gained strong customer loyalty as a result of their hard work and quality. Wonga’s products range from sands to mulch to rocks and concrete; everything a gardener or builder could want.

Wonga has recently started transporting their garden and building materials in bulk cubic metre bags.”These bags are a much cleaner and more effective way of transporting goods,” Craig explained. “In the future it’s likely that all material will be transported this way, so we are proud that we already do it,” he went on to say.

Craig and the drivers at Wonga have been very impressed with the Western Star trucks they operate. Craig said he was “very close” to buying a Western Star back in 2010, but didn’t go through with it. Despite this, Western Star was always in the back of Craig’s mind. Constant electrical problems with one of his previous trucks two years ago convinced Craig to purchase a Western Star 4864 FS2 Truck and Dog Tipper. This truck is used to both stock their Warranwood yard and to transport loads direct to building sites – often up to 400 tons at a time.

Craig was so satisfied with the truck that he purchased another Western Star a year later; a 4764 SB Tandem Tipper. “Both of the trucks drive very smoothly aided in no small part by the automatic transmissions,” Craig said enthusiastically. “They are easy to operate, comfortable and just great all-round trucks,” he added.

Craig and the team are also very complimentary about Sales Consultant Bob Fuerst of Patterson Cheney. “I’ve been very impressed with Bob’s service,” Craig praised. “He’s knowledgeable and great to deal with, so that made the purchase process a lot easier,” he went on to say.

Craig is also impressed with Patterson Cheney’s service. “We had a broken fuel pump at one point,” Craig explained. “However, Patterson Cheney flew one in overnight from Queensland and the truck itself was operational by the next day,” he went on to say. “We couldn’t be happier with service like that,” Craig summed up.

Wonga’s use of the Western Star Trucks has enabled them to handle bigger projects which has aided the company in its growth, reliability, and ensuring the highest levels of customer service are provided.