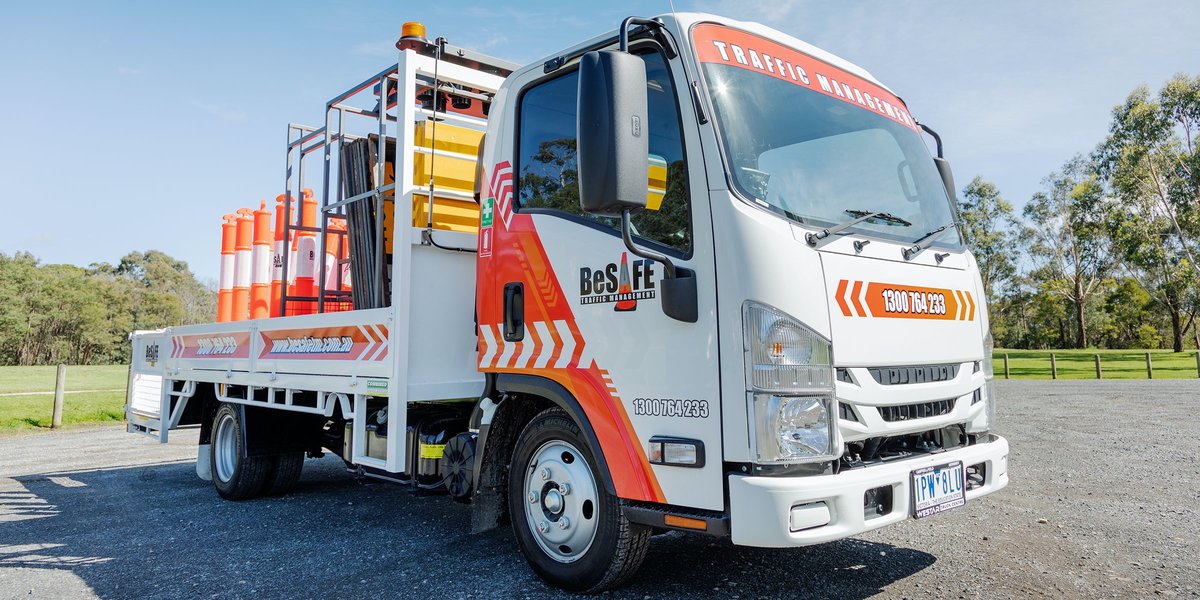 BeSafe’s primary role is to manage the busy road traffic wherever ETS and other BeSafe clients are operating. The company currently employs 40 staff and operates 20 vehicles including working platforms, utes and trucks.

Although a national company, BeSafe operates mainly in Metropolitan Melbourne and country Victoria. Their presence in Victoria is due to the infrastructure and investment levels in the state which has provided the company with a huge influx of work. BeSafe is now employed by many other companies who require traffic management, particularly those involved in the construction industry.

Victorian Operations Manager Matt Clements joined BeSafe in 2011 - his previous experience in traffic management made him highly suitable for the role. Greg Gardam is ETS’s Victorian State Manager and has been in that role since 1999.

Matt ensures that BeSafe’s high-quality service differentiates from their competitors: “The service that we provide is what makes us stand out from our competitors,” he explained. “We work with our clients from the beginning to end of a project so we always have a good working relationship,” he added.

BeSafe recently purchased an automatic single-cab Isuzu 150 NNR that features a drop-deck tray. “We looked at a variety of vehicles but soon found that the AMT Isuzu was the type of vehicle that fitted the bill,” Matt explained. The automatic model was also chosen because BeSafe wanted a vehicle that could be operated by most staff with ease.

The truck has been custom designed so that an employee operating at the rear of the vehicle can place devices – such as bollards and cones - onto the road. During operations the truck is driven at walking pace and employees are placed in a mounted harness, therefore maximising safety as they are not directly exposed to road traffic.

The primary benefits of the truck are its efficiency and safety. “It was a no brainer to purchase this vehicle because of the level of safety it offers our employees,” Matt said. “The truck effectively gets BeSafe workers off the road and away from danger – ultimately this allows us to do a better and more efficient job,” he added.

Although the Isuzu is still technically in trial stage, the truck has already had a positive impact on BeSafe, meaning they will consider further purchases in the future: “It’s proven itself thus far so we would absolutely like to purchase more if the demand and workload increased,” Greg assured.

Matt and Greg have been very satisfied with the service provided by Westar. Sales Consultant Damien Hall entered into discussions with Matt and the fleet service staff when they were looking for a new vehicle. Conversations were positive from the get-go and Damien was eager for them to purchase the Isuzu as he was certain it would improve their safety.

“Damien from Westar was great to deal with,” Matt praised. “He helped us make the right decision and assisted us through the process of purchasing and delivering the truck – we are grateful for that help,” he added.

BeSafe is looking to continue expansion of its operations and scope of work into the future. “We’ve come a long way so far and we are impressed with our growth - we would just like to keep growing,” Matt summed up. “At the very least, trees don’t stop growing so there will always be work for us in the future!” Greg concluded.