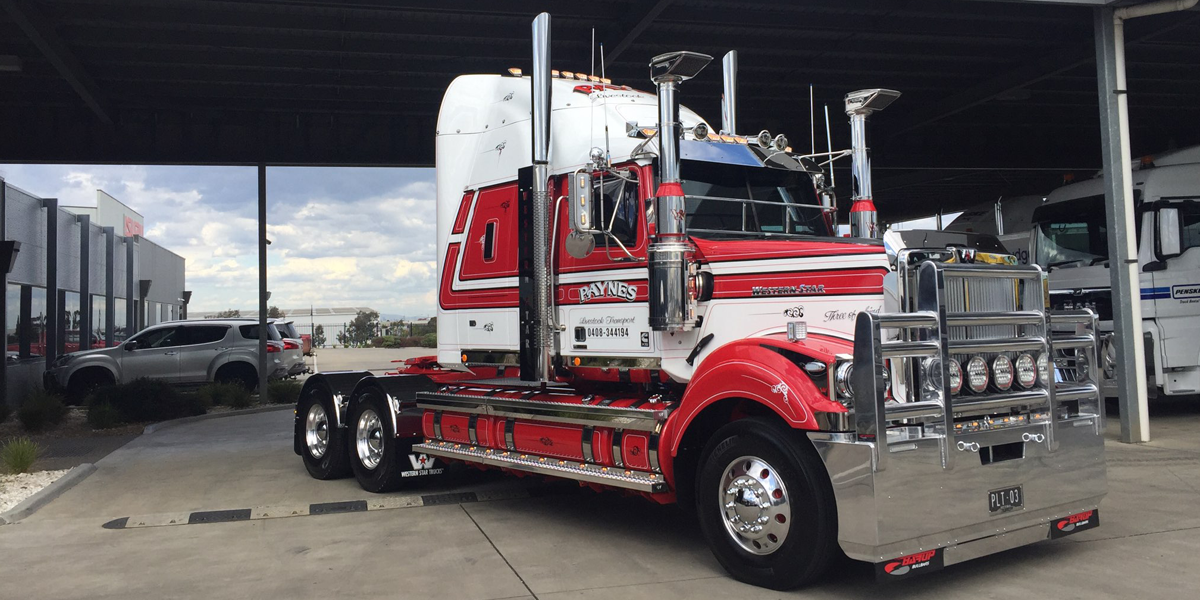 Four years ago, Danny Payne realised a long held ambition of starting up his own transport business with the aim of making Payne’s Livestock Transport a significant player in the livestock transport business. Today Payne’s Livestock has expanded to the extent that Danny now operates three Western Stars with B-Double trailers to enable him to cope with the increased demand for his services.

Starting off initially in the Gippsland area, today Danny carts throughout Victoria, all of NSW and as far as Southern Queensland; in Danny’s words “wherever we need to go”.

“I love working in the livestock industry – I understand and enjoy working in this business, I know the people involved and they know me. Payne’s Livestock has built up an excellent reputation over the years based on a commitment to customer satisfaction and the understanding that our success is linked to mutually beneficial relationships. This is the reason we have people continually calling us to request our services,” Danny said.

The new 4900 FXT Star was ordered back in May but not delivered until October. Danny has spent a lot of time getting the truck specs just right and also having a lot of additional customised work done in the 54 inch Stratosphere sleeper cab.

This includes a fridge freezer, microwave, TV, an ‘Icepack’ air conditioning system, and additional cupboards and storage space behind the passenger seat which comes complete with a roll out table.

“The Stratosphere cab is perfect – it’s really comfortable and roomy. You can stand up and walk around which is great when you’re getting up in the mornings – it’s bloody fantastic,” he went on to say.

Like his other Western Star trucks, the exterior has had plenty of additional work done to it including extra stainless, custom toolboxes, LED driving lights, plus a special paint job including sign writing to Danny’s exacting specifications and a heavy duty custom bullbar.

Like any successful expanding company Danny relies on both his drivers and support staff to assist in the smooth running of the business. “I have a new bookkeeper Wendy Trenerry, who has been a tremendous asset for us; she’s put a number of processes and procedures in place which has increased our professionalism and ensured our customer service is maintained as we expand. She really has helped transform my business,” Danny added.

Evidence of Danny’s passion for the livestock business and assisting others in need was the 2018 Drought Relief effort that was co-coordinated by him late last year. The relief effort was supported by a number of truck, transport and related companies, the result of which was a total of eight trailer loads of hay being delivered to farms throughout NSW that had been adversely affected by the extreme drought.

With some of the best-looking Westerns Stars on the road coupled with Danny’s drive and determination, Payne’s Livestock Transport looks set to continue to prosper.